– An essay by Shelton Johnson - 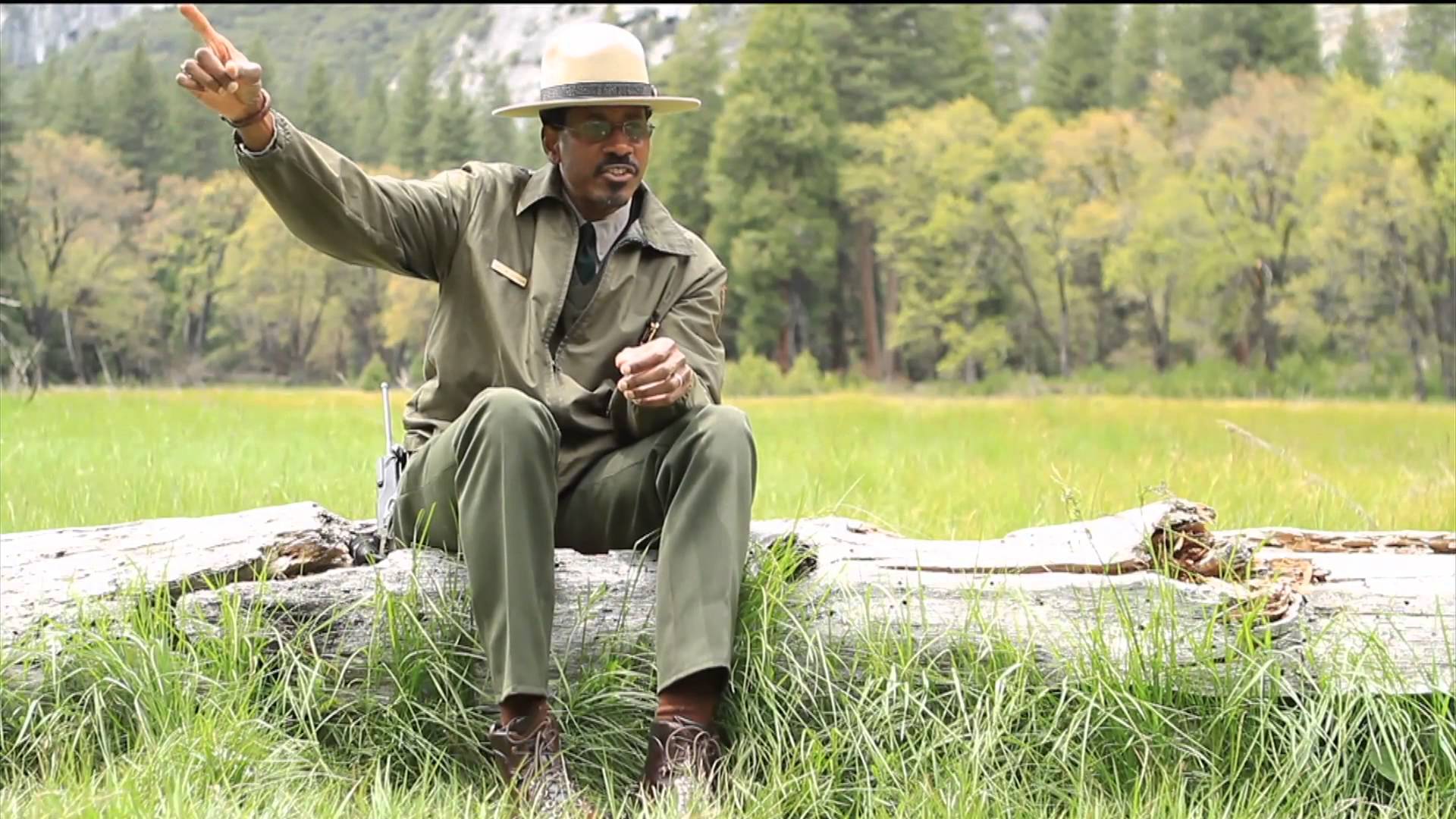 Hello, my name is Shelton Johnson. I’m a Ranger in Yosemite National Park. I love Seattle and Discovery Park, in fact, Seattle is where I met my wife! I love Puget Sound, how waves become light as they break on the shore, the pungency of marine air, where earth, water, and sky flow together. Discovery Park is the heart of this confluence.

It’s Seattle’s largest and most diverse protected natural space. People have already lost their connection to Nature, so they’re in our national parks, or Discovery Park, to reforge that connection.  Within all of us there’s a hunger for natural quiet and tranquility. It’s a particularly powerful feeling for the millions who live in urban environments. My job is to reconnect those disconnected people who feel the pull of their roots to grab hold of something real and lasting, to heed the call in their blood telling them to go home.

I want to make certain that people connect with their “cradle” and recognize that natural landscapes are the nursery for all human cultures worldwide. Our national parks, and Discovery Park, are perfect places to experience these feelings. Although I meet thousands of people every year, many more are unable to visit one of our national parks. Discovery Park, and its close proximity to the heart of downtown Seattle can, and does benefit many people who want to do more than just get away from urban pressures, they want get to the freedom of open country!

This is not just a physical, psychological, or emotional need to escape from something that’s often bitter; it’s more a spiritual desire to swallow something sweet, to taste freedom, to feel that you’re a part of something ancient, yet profoundly alive. For indigenous people throughout the world, this is simply life, but for those of us who live in cities, we need to raise our state of consciousness to really see, hear, smell, and feel what’s around us. We need to break free from the many levels of disengagement that result from living in an industrialized nation. We drive to work in cocoons of steel and glass, divorced from a natural world we haunt like ghosts. It’s in the green spaces, the parks, where we can be here now, be fully conscious, awaken to what has always been around us, but unseen and unheard.  In Discovery Park we can rediscover ourselves, that place we call home, and know it for the first time.

Everything that is happening in the world today that’s the result of degradation of the natural environment stems from the perception that the world around us is not a sacred place. For example, the indigenous people of the world, in general, regard the world with reverence.  The Iroquois considered how their actions in the world around them could impact their descendants down to the seventh generation. So, they were conscious as to how their actions might affect their descendants, and placed a high value on doing the right thing. In ceremonies they received guidance from their ancestors, had spirit helpers, and regarded other animals as other beings rather than things to exploit. They spoke a common language.

We have lost our fluency in the language that all living things speak, the forgotten language. We no longer know the names of the plants rooted around us, the birds flitting about are just bigger or smaller, their songs and calls are wordless, we feel the soulfulness of a wolf’s lament but can no longer decipher the exact meaning of their song. It’s all been reduced to a chorus of chirps, sighs, squawks, growls, and roars, a biological chatter, but it was once a singular, intimate, precise vocalization of what it means to be alive in this world.

By reclaiming our space in the natural world, Discovery Park provides an environment, a living class room to relearn the language that we spoke fluently when we were born. Everyone you meet in Seattle, or any city, has ancestors in other parts of the world, or right here in the New World, and they all spoke this forgotten language. National Parks exist, and Discovery Park exists, in my view, to provide opportunities to achieve fluency in the language of Nature, to restore these ancient bonds.

By engaging in this communication we also satisfy what John Muir referred to as beauty hunger; that you can have a sustaining diet but still be lacking in certain nutrients vital to your overall wellness. The sight of a snow covered mountain off in the distance, or the sound of a river flowing over rocks, are bits of spiritual nourishment.  These are the sounds and sights that have fed human beings for millions of years, so when the wild earth is no longer visible, audible, or touchable, this disconnect deepens between us and Creation, we begin to lose ourselves, our roots are torn asunder, we wither, we die.

For the ancient Greeks, this was the fate of the wrestler Antaeus, who could not be defeated as long as his feet were in contact with the ground, with Nature. He drew his strength and vitality from the earth. Hercules defeated Antaeus by tearing him from the Earth, lifting him high, and strangling him in the air.

We’ve slowly suffered this same fate since the dawn of the Industrial Revolution, but the ground is still beneath us, beneath cobblestones, pavement, and asphalt, the energy that sustained us for millions of years is still longing for the soles of our feet, and all we need do to reclaim our birthright as human beings is to go out into Nature, to a National Park, to a Discovery Park, and to replant our feet in that native soil.

In short, by venturing into Discovery Park, you are discovering Seattle, its wildlife, its cultural connections, and in so doing, discovering your own humanity. That long, braided, intricate strand of DNA embraces everyone that is there. Everyone is rooted to that land, and the translation of that biological story is the Discovery Park Master Plan which stands in place of the Village Elders. The Village Elders are the ones young people would go to for advice and direction. The Master Plan, Daniel Urban Kiley, Ian Tyndall, and Peter Ker Walker’s work is doing essentially the same thing. It’s providing a sense of history and a sense of direction. It provides for how each and every one of us fit into the flow from the elder days, to the present, and beyond, but in a written format instead of an oral tradition…

As we consider the value of our open space parks, we must focus on these individual and collective decisions that will be made, and consider the consequences of our choices, we must remember the Iroquois, their concept of Seven Generations, and consider the full ramifications of our decisions. The world around us is not very forgiving, minute changes can have profound results, and great changes can change the world itself. Can we live with those changes? Can our children’s children live with those changes? As much as possible we must let Nature work without our tinkering, remove our tinkering, unleash the dog that once was a wolf so that it can run wild again and sing.

Ultimately, that communication alone will most assure the sustainability, and the understanding, of the nature and purpose of Discovery Park.

Critically acclaimed author Shelton Johnson plumbs geography, history, and his own experience as a national park ranger. His 2009 historical novel Gloryland traces the journey of a young black Indian from South Carolina in the Reconstructed South across the Great Plains to Yosemite. The novel, the result of 16 years of research, recounts the history of the Buffalo Soldiers and the once little-known story of their service as some of the first national park rangers. Johnson’s writing and advocacy for their story ultimately led to his appearance in the Ken Burns PBS series The National Parks: America’s Best Idea. Johnson’s talk weaves his own journey from Detroit to Yosemite together with an insider’s look at the challenges and rewards of serving as a park ranger. Don’t miss his perspective on misperceptions about the relevance of our national parks for people of color.