Over the past 50 years, there have been many proposals that would commercialize and develop the city-owned buildings in the park’s Historic District, most recently a proposal to turn them into a music campus. The latest is to develop a museum in the Band Barracks building. Although Friends recognizes the contributions of all our veterans, we believe that the Historic District as is serves as a worthy tribute to those brave men and women who served our country while stationed at Fort Lawton.

Friends has traditionally opposed efforts to develop or commercialize those buildings. Since the park’s founding in 1972, the sometimes rancorous debate over them went on for more than 15 years until it presumptively settled in 1988. A compromise stated that, in order to preserve the quiet, solitude, and grand solemnity of the Parade Ground, there would be no interior use of the buildings, but the exteriors would be preserved, “silent sentinels” in tribute to those who served. Friends believes that the difficult decision made back then remains a wise and sensible one. The park should serve one purpose, to provide a quiet refuge from the city. A multi-million dollar development in the middle of the pedestrian-only Fort Lawton Historic District would be a violation of the commitment this city made to its citizens so many years ago.

We agree with Superintendent of Seattle Parks and Recreation Jesús Aguirre, who sent a letter to the museum proponents just last year, stating clearly that those buildings cannot be developed. 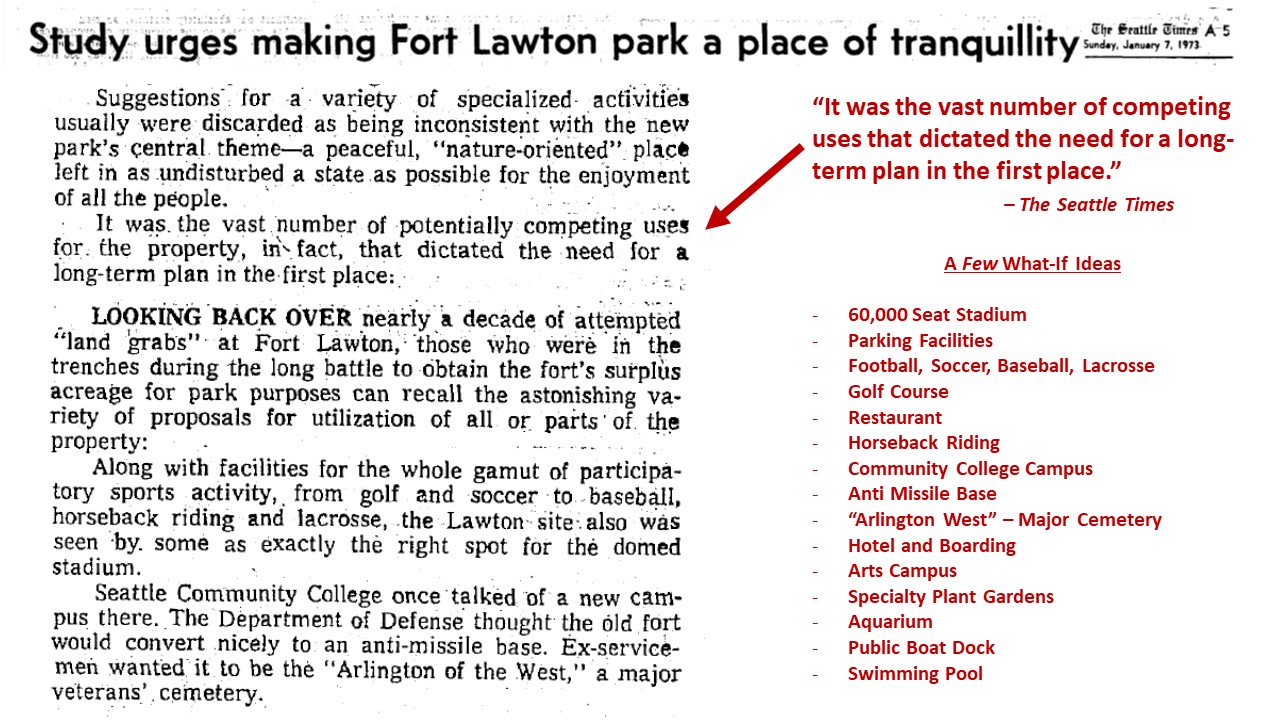